The weather has changed again since Tuesday. It got a fair bit warmer and so all the ice and snow has gone. I heard that the underpass to Stotfold was pumped out, but I was not going to risk the water having returned and so went up the hill to Fairfield again. This time was with some fartlek sprints to get my heart pumping.

The graph shows the distinct changes in pace and it gives an average that is significantly quicker than last time. I was not having to be wary of ice, but there were some big puddles. I detoured out to the path that runs around the estate which was a little muddy in places.

There were lots of people about at that early hour. I think most of the runners I saw were women. I had to push myself to keep going on some of the sprints and was struggling a bit around the half way mark when there is a bit of a climb before it becomes mostly downhill. I went for it down West Drive, but it was a bit off my best for that segment.

Not a bad run overall and I was pretty warm by the end. I will try for another long one on Sunday.

Every day that you upload a report regarding the sport performed, I am glad to know that somewhere on the planet a friend of mine cares about his health.

I only run three times each week :) I'm not the only one doing it on Hive. I enjoy writing about it and it seems I inspire some people.

Nice job on your run. I mixed up my workout the other morning and it was really giving me some pains in my arms. Then I went and got my first vaccine shot and now my arm is really aching this morning. Good thing I did mostly aerobics today and not weight lifting like I did yesterday.

Good for you on getting the vaccine. I think I am a low priority for it here, but my parents have had a jab.

man, every time I mention you in my curation report I'm assigning you as a beneficiary 3%. with your permission.

as a thank you for what you have helped me from the beginning to get to the platform. Eventually in the future I will list other people as beneficiaries until I name 10 each with 1%.

I don't know if the expression is used in English, "a hug, greetings" in Spanish generally yes. regards 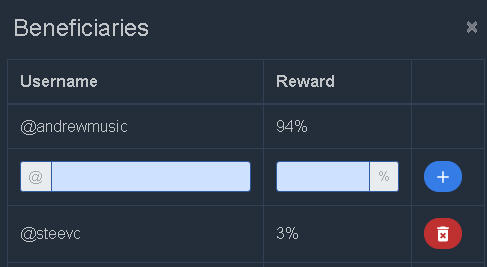 That's very generous. I don't worry too much about my rewards. I just got flagged by some big troll, but they won't put me off.